The Curator of the Crypt hereby gives notice that CHARLES INTEGRITY GREEN is hereby interned in the Crypt forthwith. For services to haute couture, financial probity, giving jobs to grotesque journalists from Airdrie, construction in Qatar and being such an all round bloody good bloke even the Curator himself wouldn’t wish on his worst enemy. 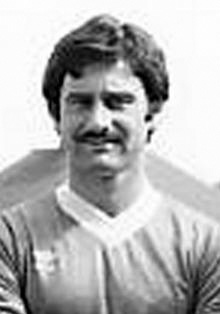 The curator will have to watch what he writes here. Charles is a lovely man of that I am in no doubt. His dignity and his natty sense of dress make him an admired man – nay, a respected man – throughout this land and beyond. And yet wherever Charles goes trouble seems to follow.

From Sheffield to the Middle East, from Qatar to Bonnie Scotland this well meaning fellow just seems to attract trouble.

I first became aware of Charles Green when I was heading over to Celtic Park to watch Celtic’s final match of season 2011-12. Rangers – then merely in Administration- had for the previous three months been for sale. I don’t need to remind you of the various people who had shown interest in buying that club following the St Valentine’s Day 2012 incident.

They came from Bonnie Scotland, the came from Singapore, they came from Dear Old Sharks of Sale and even from New York (well actually Charlotte, North Carolina but bear with me) and all walked way or were rebuffed by Duff and Phelps. Rangers spent more time in the insolvency Last Chance Saloon than sailors on shore leave do in brothels.

Even the dimmest of dimwits on Radio Clyde (and Gordon Dalziel) suspected that the game was up. And then here was this Yorkshire accented fellow called Green speaking on the radio announcing that he was looking to tie up the purchase.

Stuart Cosgrove – who was presenting the show and unusually for Radio Shortbread he was not a man in thrall to the then dying club – said he liked the sound of him. To Cosgrove he seemed like the epitome of good honest Yokshiremen with their good honest broadband and their Indoor League presented by Fred Trueman ( before he snuffed it). 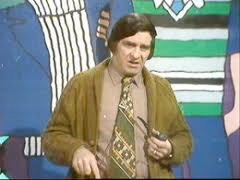 Above: Another straight-talking Yorkshireman, the late Fiery Fred Trueman, fast bowler for the England cricket team and presenter of Indoor League, a show that featured lots of Yorkshiremen playing popular indoor sports from the region such as darts, shove ha’penny, bar billiards and asset stripping distressed companies by organising share issues, trousering large amounts of money and buggering off to a chateau in france bought with the proceeds. “I’ll si’ thee.”

To me, though, he reminded me of another Yorkshireman, albeit not a real one. One George ’Integrity’ Whitebread – a Harry Enfield character of the early nineties- who said what he liked and liked what he bloody well said.

So who was this caricature Yorkshireman who wore the stylish beige suits and the hangdog expression?

Well he’d been a professional footballer right enough. For Sheffield United and Doncaster Rovers. He was so good he never got a game in the first team for either. A drop into the lower leagues with Alfreton Town was followed by a return to the big time of the Football League Division 4 with Barnsley where he made no first team appearances. His career finished at Cheltenham – not then a Football League Team after a big money transfer of £500 from Goole Town.

Having conquered the world of professional football on the field Green, the man of Integrity, turned to the less murky world of venture capitalism before he returned to the Football World as Chief Executive of Sheffield United in 1996.

The Blades had played in the first couple of seasons of the English Premiership before slipping back a tier in 1994. They were ambitious and so was their new Chief Exec. A share flotation was launched on the Alternative Investment Market ( AIM) in London and some money was spent on players. Fancying himself as a football coach and not just a philanthropic entrepreneur Green involved himself in team selection and eventually sacked David Bassett. The parting of the ways was so amicable that Green offered to settle matters in a nearby car park.  When Bassett agreed Green developed a touch of the vapours.

By 1998 he’d irritated Bassett’s replacement, ex Ranger Nigel Spackman, with his continued tinkering in team affairs as well as the decision to sell a couple of players, including club talisman Brian Deane, without the manager’s consent. No money was earmarked for replacements and the club was bleeding cash.

Green quit in 1998. The World of Football and the fans of Sheffield United wept at their loss.

Green decided Yorkshire wasn’t big enough to contain his now legendary acumen as his empire spread. It got to Qatar via Jersey and a construction company called Panceltica of which Integrity Man was Deputy Chairman and chief mouthpiece.

Floated on the AIM in March 2008 the company was promoting a new technology using lightweight, steel framed buildings for houses and apartments. Boasting to the Daily Telegraph that the new technology was ’like putting together a Meccano kit’ at the time of AIM placing the contract couldn‘t fail, could it?

By July 2009 the company which had contracted Panceltica to do the work had terminated the contract and a month later the Qatari operation went into liquidation with those who’d bought the shares now holding nothing but worthless share certificates.*

What Green did next isn’t known to me but by the spring of 2012 he had become interested in the ailing Rangers company. What his relationship was to Craig Whyte, Duff and Phelps, Ticketus and various unnamed ’backers’ from the Middle East, Malaysia and Singapore in that time few know – whether we ever will is I think open to debate. But by the end of May Green and his droning voice, bad suits and dreary coupon were familiar as he tried to arrange a CVA to prevent Rangers being placed into Liquidation – all history of the gallant boys in light blue being lost in such an eventuality.

When the company did go into liquidation Green in the first of many amazing volte faces confirmed that the history had been saved. A gullible press – perhaps convinced that John Brown couldn’t be right – ignored their own prophecies of doom and swallowed every morsel from Green’s truculent gob as though it were nectar.

It was hard not to laugh at Green when he claimed that Rangers were victims of bigotry, that Manchester United and other EPL sides would welcome the now Zombie Rangers into their league, that Real Madrid and Barcelona were similarly in thrall to Green’s new plaything and his toe curling Christmas broadcast on Rangers TV.

But there was something altogether less palatable about his decision that his club’s fans should boycott their Scottish Cup tie with Dundee United, his buying into the less savoury aspects of the original Rangers’ history and his use of what could at best be described as Politically Incorrect and at worst racist language to describe a black footballer from Green’s earth shattering playing career and a Pakistani business associate.

When Craig Whyte revealed that he had evidence that Green had been involved with Whyte during the period when Rangers had been in Administration Green’s defence was a curious one; he’d lied to Whyte to get what he (Green) wanted.

A few days after promising ‘No Surrender’ Green resigned and it was reported that he would be selling his shares to a convicted fraudster.

On the day he resigned from his role as Rangers Chief Executive a concerned ‘Born on Shoreham Street’ posted on the Blades Mad website, ’He isn’t coming back here is he?’.

No need to worry Born my old mucker. He’s in the crypt. Possibly at some stage in the future he’ll be confined to its naughty step as well.

A parody of a rude, crass and egotistical money-grabbing bullshitter from Yorkshire: not to be confused with Harry Enfield’s George ‘Integrity’ Whitbread picured above.