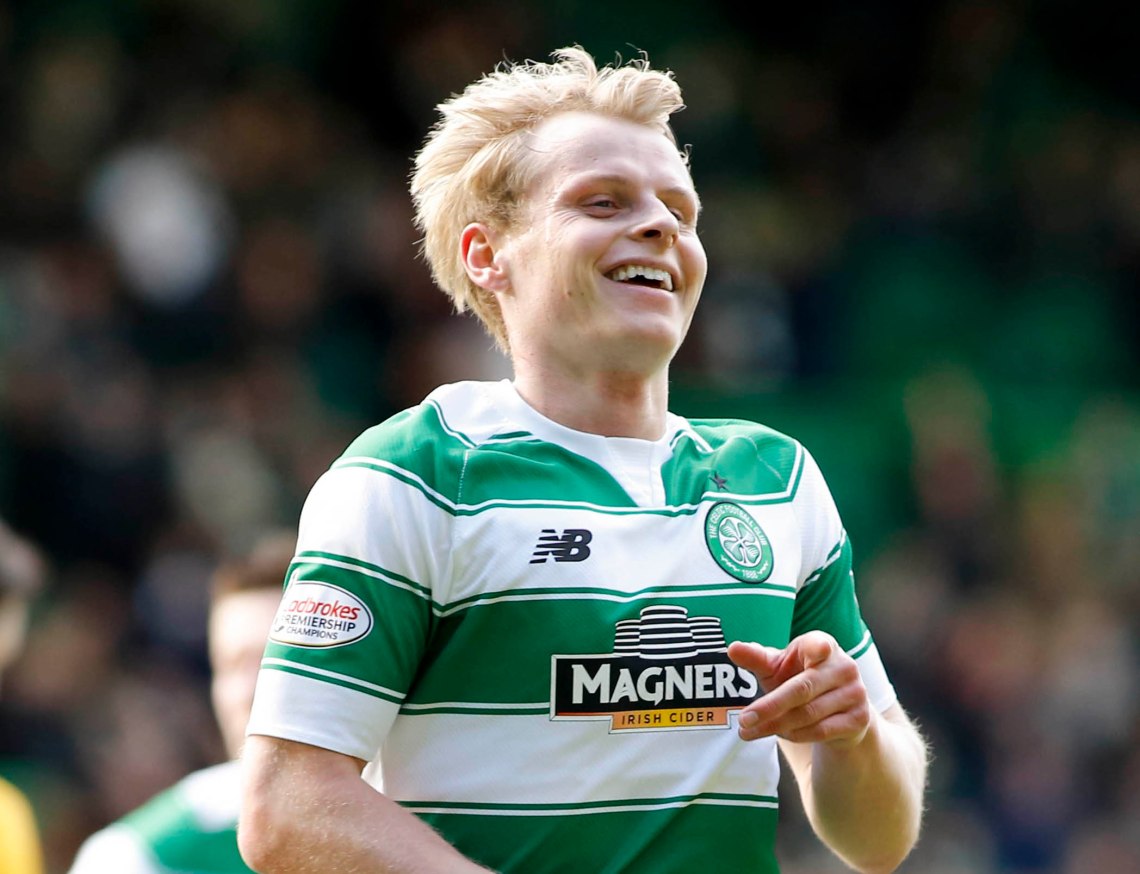 This was the kind of performance in which the cynic would like to find the negatives but, at the end of the day, Celtic won all 3 three points from the game and that’s all that matters.

Ronny Deila’s team selection was a marked improvement over the creatively bereft side chosen for the Killie match. However, as all too often this season at Celtic Park, the opening period was it was a bit of a slog.

It didn’t help that Walker gave Hearts the lead just after 5 minutes with a drive from the edge of the box as our centre-back pairing gawked on in amazement.

Hearts, in truth, could have made their lead more comfortable during this spell. Brown looked to be toiling in the midfield and neither of our wingers had managed to get into top-gear.

But it was Mackay-Steven, restored following his injury, who finished excellently for the equaliser as the ball broke to him from a corner. A player whose contribution has been somewhat overlooked in the latter half of the season in favour of those, let’s just say… eccentric players. *cough* *cough* Kazim-Richards.

This kind of opportunism against the run of play is good to see – even if it would be better to avoid being in such a position in the first place.

Tom Rogić continued to play a vital role and gradually came into the match more, culminating in a superb through-ball to set up Roberts’ first. The young man took it excellently and, for me, this marked his first game in a Celtic jersey in which he finally started to show some end product.

Roberts got his second just after the break. This was an even better effort showing a glimpse of why Man City paid ten million quid for him.

Celtic ultimately saw out this game comfortably but there are still real issues.

Our defence, for example, has a habit of throwing the spotlight onto opposition attackers and making them appear significantly better than in reality – Juanma Delgado owing a large token of gratitude to the likes of Boyata and Brown today for making him look half-decent.

All things considered, this was a fine win against the team in third place. Hearts clearly came to make it a physical game – Madden indulged them in this regard – but they also cpntributed some positive play. However, they couldn’t make any substantial inroads in the final third and Celtic punished them, as champions do.